The Best Of: Millennium Park

A culmination of some of CJP’s most celebrated works from its 10+ year catalogue of repertoire, carefully selected to appeal to the masses. Program included selections from “The Chicago River”, “Collective Creativity” (which premiered in Millennium Park in 2005), and several vocal selections to feature celebrated Teresa Griffin, Maggie Brown, and Bobbi Wilsyn. 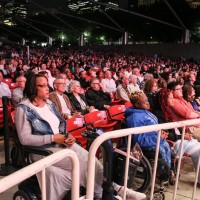 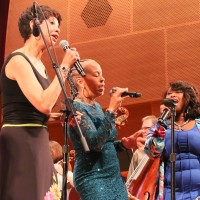 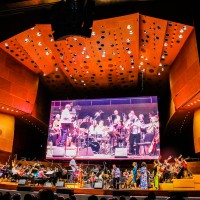 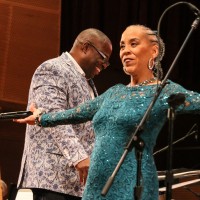 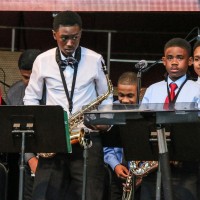 The Chicago Tribune- August 24, 2017
“...“The Best Of” program featured highlights of past performances, encapsulating more than a decade’s work in a little over two hours of music-making (plus a rousing, curtain-raising set by the Chicago Jazz Philharmonic Youth Ensemble, skillfully led by Roosevelt Griffin). The CJP’s sheer range of expression — from mainstream swing to edgy avant-garde to straightforward Americana — illuminated the value of this organization.”-Howard Reich

The Chicago Tribune- August 24, 2017
“Our goal now is to strengthen the jazz landscape, take a premiere jazz organization and partner with them and give them one of the greatest stages — not just in the city, but in the world. My hope is we strengthen not just the Jazz Philharmonic but also the jazz and musical community of the city...And, by the way, this is a big, bold move for CJP and for Orbert.”-Howard Reich

Splash Magazine- August 24, 2017
“...Orbert Davis […] introduced the songs with his charismatic style and a smile you could see in Grant Park.  His enthusiasm for this group, the music and the city really showed.   He emphatically directed the philharmonic, waving his arms and swaying his hips, but his energy was taken to another level when he blew his trumpet.  Davis is a master at his craft and seeing him in control of a 60+ piece philharmonic while he soloed on the trumpet was amazing.”-Keith Gerbosi